In 2018, people reported losses of nearly $1.48 billion in fraud to the Federal Trade Commission (FTC.) That was a $406 million over what consumers reported losing in 2017. One in every 4 people who report fraud to the FTC suffer some monetary losses.

The FTC, which monitors fraud through its Consumer Sentinel Network, has collected tens of millions of consumer reports about fraud, identity theft, and other consumer protection topics over more than 20 years. In a recently issued report, The 2018 Consumer Sentinel Network Data Book (FTC), the FTC summarizes nearly 3 million consumer reports. Reports encompass both those in which money was lost, as well as those in which mo money was lost.

They sort consumer reports into 29 top fraud categories, and of those categories, in 2018, the three that topped the list of reports were:

Related: Imposter scams top the list of 2018 consumer fraud complaints and Fraud alert: This is (not) the government calling.

Some other key fraud report findings include:

You can search the full report to find a breakdown of information on fraud by state – here are more highlights. 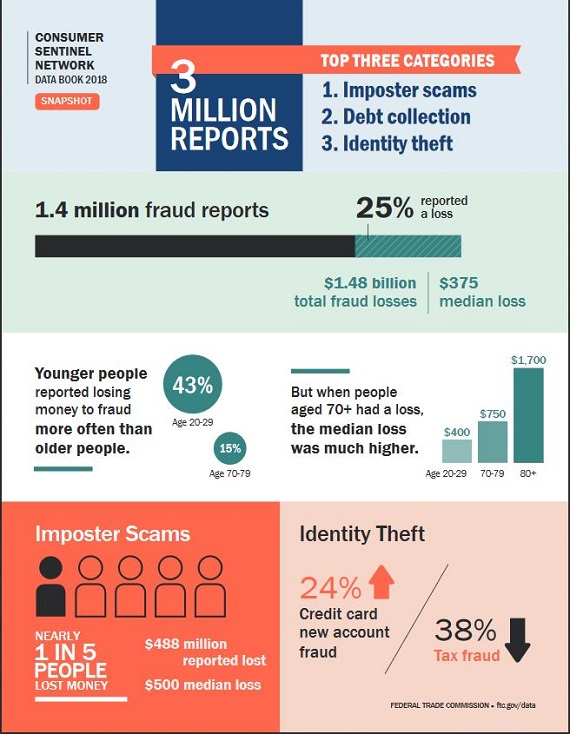 Reprinted from Renaissance Alliance – no usage without permission.